The best board games for Christmas

For several years, the offer has been incredibly diversified in this field and, all at once, the Monopoly, Pictionary; Trivial continues, Scrabble and Doctor about take a big hit. To play, as a family, with friends or as a couple, a quick overview of board games released in recent years that deserve to be featured in your closets.

Released in 2007, this game is a jewel. One of the players plays the KGB and the other the CIA to try to take control of several countries (Afghanistan, Chile, Egypt, Vietnam, Panama, Turkey) and all shots are allowed. The system is quite similar to that of the Blackjack: it is a matter of reaching and not exceeding the value of the country at stake (9, 11 or 13 depending on the country) by drawing cards. These cards, in addition to their value (from 1 to 6) also have functions that can allow you to chip other cards to your opponent or eliminate them at him (or at you if you exceed the score).

Each round opens with the (hidden) deployment of an agent (the master spy can allow you, for example, to win if you have lost), bluff and Crooked shots are on the program.

Map board game, Kahuna sees two sorcerers oppose each other for the magic control of an archipelago. A map of an island allows placing a magical bridge between this island and another. When you own most of the links on an island, that island belongs to you. Important subtlety: an island that passes under the control of one player loses all the magic bridges of the other’s color. Also, in a cascade, the loss of a single island can result in the loss of several nearby islands. As you will have understood, this is a game where you have to know how to calculate, be patient and sometimes devious.

We change caliber with a board game, a real one, probably more for regulars of the genre. 1960: Kennedy vs. Nixon thus proposes to relive what was the closest election in the history of the United States. With the help of cards and counters, the two sides, Democratic and Republican, fight to win. Visually, the game is superb, and the game mechanics are wonderful, with a dual-effect card system that can be used for their value (high or low) or for the function that is attached to them.

These maps are at the heart of the system and allow us to recreate key elements of the campaign: the question of Kennedy’s Catholicism or the fact that Nixon always appeared to be poorly shaved and perspiring (which caused him to lose weight on television). Naturally, we must not neglect any area: the media, the economy, but above all the voters, the last round is the vote count. An exciting end-to-end game for an audience that appreciates the games.

This game of cards, with frankly dubious humor, allows several adults to simulate their life together in the same apartment. After having drawn a card corresponding to your occupation of the moment (drummer, librarian, waitress, hotline technician, etc.), you must do your best to reach your “andouille objective”.”To do this, you should engage in activities (dodo, TV, role-playing), buy things (cigarettes, alcohol) or receive visits (cats, funny friends) within the limits of your free time and your income.

But the other players can get in your way: the “plan cul” card can have disastrous effects on The “dodo” cards of your neighbors on the left and right, and the untimely arrival of the usual taxidermist can quickly make your cigarette packs disappear. In short, we laugh, we make shots on the back, Chance plays a big role, and the parts are short: ideal for an early evening.

The players play as members of a global health organization tasked with stemming four deadly epidemics and finding vaccines to eradicate them. When you put it like that, pandemic doesn’t necessarily make you dream.

However, this board game is a real marvel, well thought out, with superb material and a data that changes everything: the players do not play against each other, but together against the system. We all win, or we all lose. Each player has a special ability that others do not have. Because the focus of infection is randomly selected at the beginning of the game and the roles may vary, no one part is the same as another.

Pandemic is a race against time: you must have found all four vaccines before the cards are exhausted. But it is also necessary to prevent diseases from spreading too widely or the superinfection of a city from causing the infection of neighboring cities with, sometimes, snowball effects that can make the game lose. Each side is therefore very tense because it is never necessary to rest on its laurels and, above all, to take advantage of the skills of each one while coordinating its actions, in short: to make choices at each turn that can prove to be profitable or disastrous. 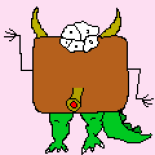